So you’re new to comics and you’re not sure where to start.  Everyone tells you to read Watchmen, but you’re not really into superheroes.  What books should you start with?
I’ve assembled a brief list below that will get you started.  Of course, my list is long and I had to abbreviate it so people would actually read it, so I’ll probably come back later and make a second, third and fourth list.  I’ve tried to get you a cross section of comics that show to diversity and potential of the medium as well as address contemporary issues.  I have purposely left superhero books of the list. 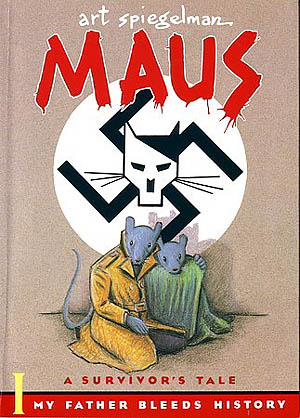 This book is often referred to as a Graphic Novel, but it is really a memoir.  Art Speiglman began interviewing his father about his experiences in the Holocaust and adapted these interviews into a comic book that was serialized in RAW magazine.  It is a book that is as much about Speiglman trying to understand his relationship with his father as it is about the Holocaust.

You can read my article about the 25th Anniversary of its release here. 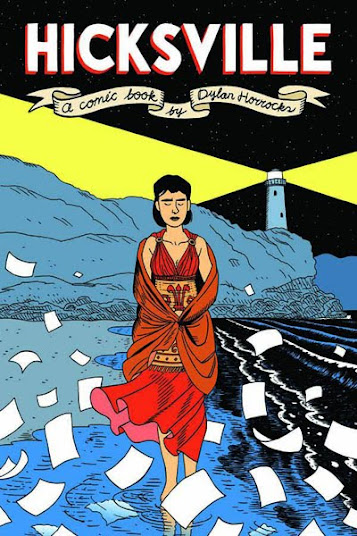 I stated earlier in this article that I wasn’t going to list any superhero books.  This one almost breaks the rule, because it centers around Leonard Batts who travels to Hickville, New Zealand to interview the residents about the famed comic book artist Dick Burger.  Burger grew up in Hickville, a town in which every single person makes comic books.  Burger became famous for his work on the comic book, Captain Tomorrow.
While Hicksville is not a superhero book, like the Dark Knight Returns or Watchmen, it does discuss and critique the superhero genre- especially the gory excesses of the 1990s. 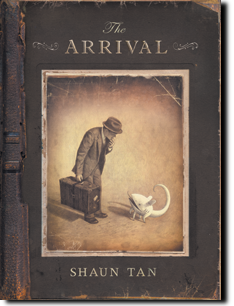 “More and more I see Fantasy worlds- as in The Arrival- as a way of tapping into the real world, of trying to understand reality better through a speculative lens.” – Shaun Tan

Many times we think of the fantasy genre as being an escape instead of commenting on society.  According to Shaun Tan, his fantasy world comments on the issues of human migration.  His imagery alludes to photographs of Ellis Island during the early 20th century.  All language is rendered in an indecipherable language to put the reader in the shoes of an immigrant coming to a new land with little knowledge of language, culture and customs. 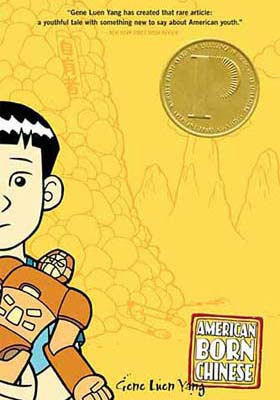 Gene Yang tackles the issues that arise from being a second generation immigrant.   I often have students read this book after reading the Arrival, because it seems like the next thematic step.  If The Arrival is about immigrating, American Born Chinese is about how the children of immigrants navigate the nuisances of your parent’s culture and the culture of the new place of residence.
Yang’s multi-layered book includes a new perspective on the traditional monkey king character from Chinese mythology, as well as looks at classic stereotypes through Yang’s character, Ching Kee.  Yang has created a post-modern coming-of-age-story as he deftly weaves the issues of cultural tradition and stereotypes with more universal themes of growing up and trying to find acceptance amongst one’s peers.