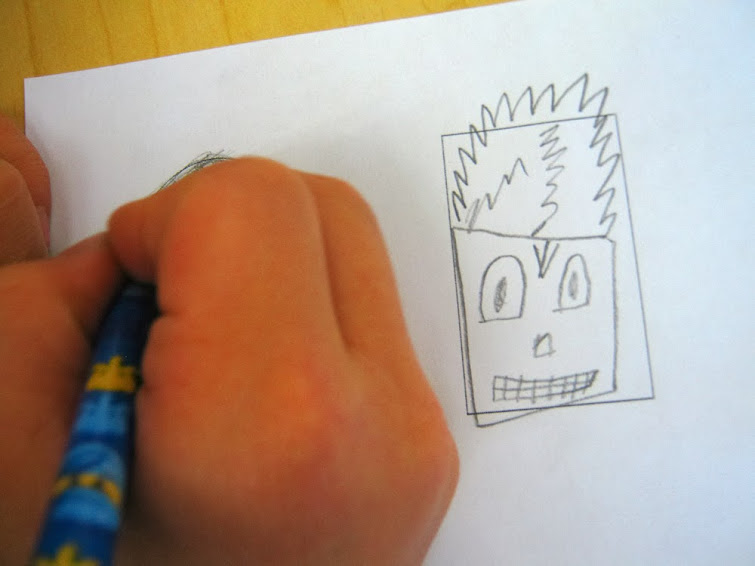 Many artists brainstorm and create Concept Art before settling on a final design for a character.

Here is an example of some sketches of Cinderella before her design was finalized for the film: 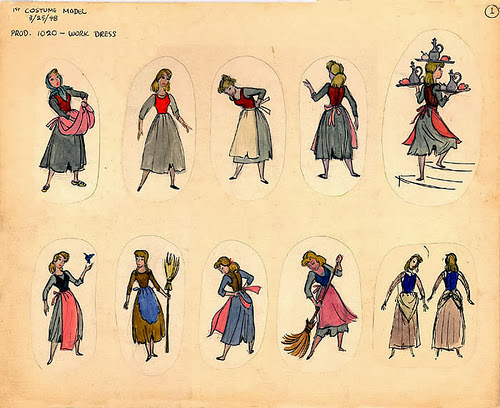 Young students can use this to help them brainstorm different kinds of faces when designing a character for a cartoon or comic book.

The second page is a great starting point for drawing a character in various emotional states much like the traditional animation model sheet.

Here is an example of Glen Keane’s work for Dsiney’s Tangled: 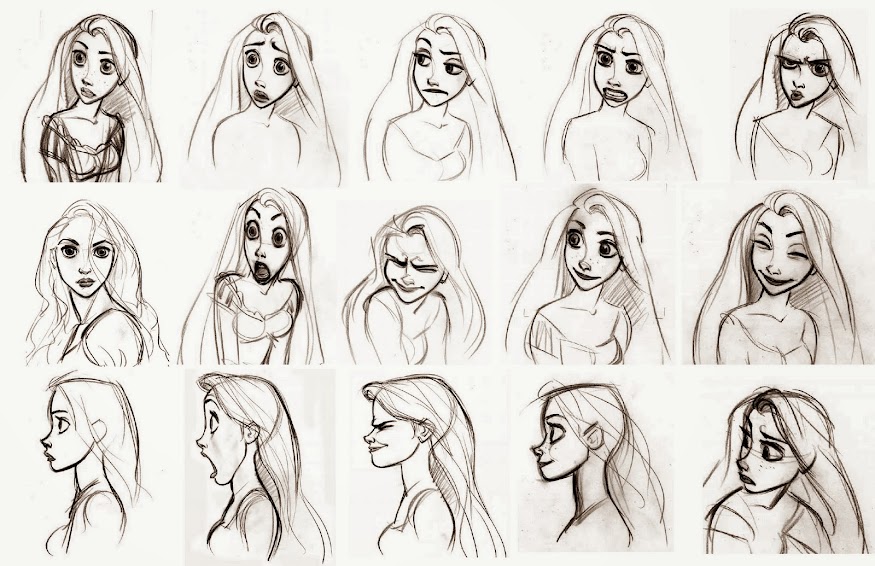